I flew into Portland, Maine on a rainy February day, a couple days before the interview so that I could get used to the time difference and I had set up a day to shadow one of the students the day before. My mother accompanied me for moral support and let’s face it—it’s cheaper to rent a car for someone over 25. Due to the jetlag and the red eye flight we mostly stayed at the hotel (Residence Inn by Marriott in Scarborough). However, we did step out to enjoy some delicious lobster rolls and clam chowder. 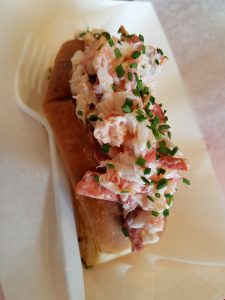 The following day I was assigned to shadow with one of the second year students named CG. I met her at Leonard Hall (the lecture hall) after a 30 minute drive from Scarborough. 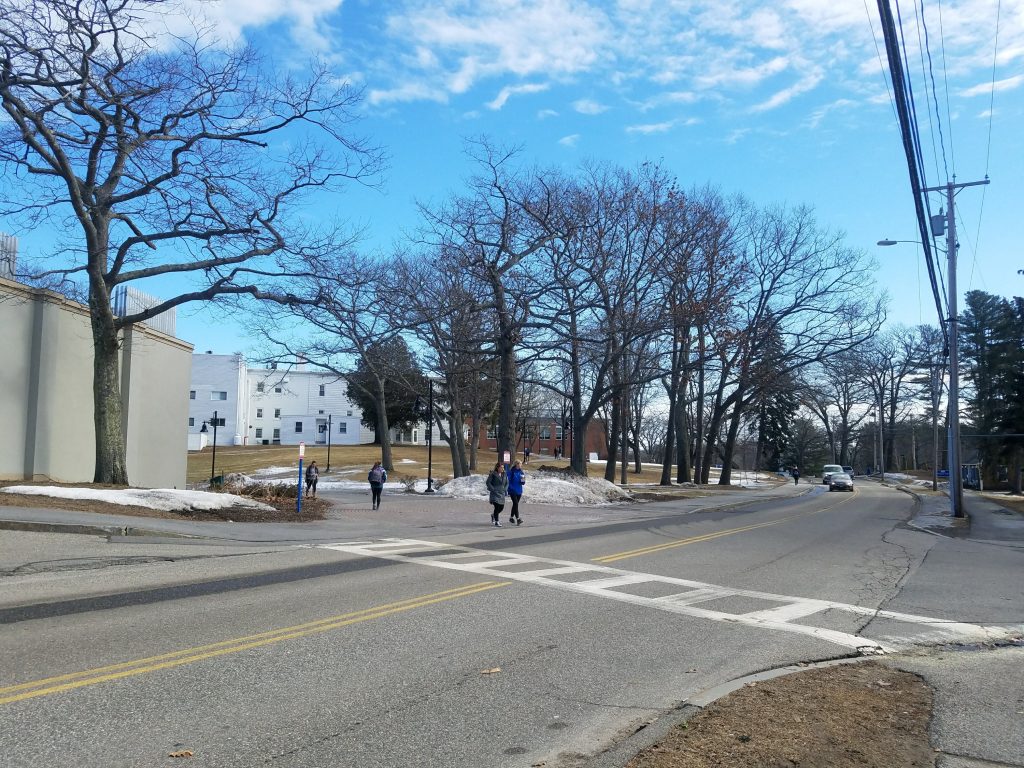 She was very sweet and introduced me to her class group. Everyone seemed warm and welcoming despite the cold weather. The lecture hall is made up of round tables with outlets as well as projectors in most angles of the room. It’s big but still has a cozy feeling. They were being lectured on the GI pathology that day and it was difficult to keep up in terms of material since I had not seen most of it before. I mean, I was a shadow so I am not expected to but I like to see how many words I would know. Lecture was about 2 hours and then we decided to go to the new dining hall for lunch. UNE recently built this dining hall about a month ago and it has quite a few things for a $6 flat rate. The dining hall offered pastas, salads, wraps, Mongolian grill, and a variety of other foods. The view from the hall’s windows was amazing since you could see the beach right outside. All the food is served on reusable plates and utensils which really speaks to the school mission of innovating for a healthier planet. 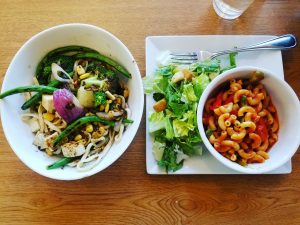 I also really enjoyed the infused water station near the tea and coffee. In any case, I had a great time asking questions about the school and about student life. She was also nice enough to move her schedule to accommodate my time, since she normally had a 3 hour gap. At around 1:30 pm we went to the case-based learning classroom with about 8-10 students and 1 faculty. They were given a patient with certain symptoms and the students are supposed to find the cause. This was exciting for me since I was able to follow along the HPI, Review of Systems and Physical Exam. Once class was over CG was done for the day and we parted ways.

That night before interview day, my mom and I went and had a delicious meal at Eventide Oyster Co. Apparently, it is one of the best places to eat in Portland, but I would have liked the portions to be bigger for the price that we were paying. 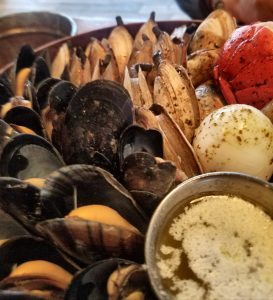 This is the delicious clam bake special with mussels, steamers and a lobster. 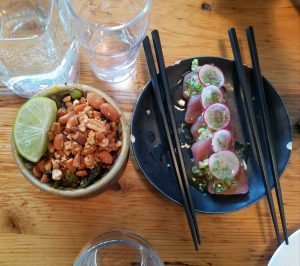 Interview day had arrived and I was up early at around 6 AM to get ready. I arrived at the Alfond building at 7:08 and I was greeted by MS. H Johnson, an admissions coordinator. She told me I was the first one there and that others would probably arrive shortly. She handed me a tote bag, a folder with information, a pen and a key chain. She also said I was free to wear boots after the interview to stay warm (what a relief!).

As the other interviewees arrived we were led by 2 second year students to another building for a short presentation by Elise Murphy. It was a nice informational session and it allowed us to ask the students a number of questions. After the presentation, we returned to the Alfond building awaiting the interview. Some of the group went on the tour while others were interviewed. I was on the interview first list and was taken to the third floor. My interview was interesting, since there was only 1 faculty and a student. I was told there would be 2 so I was a bit surprised when I got there. The interview was in an intimate study room setting and the questions were the generic questions about medicine and osteopathy as well as some specifics about my application. I was done within half an hour or so and left the room. I returned to the lower level and sat down. The student guide informed me that the snacks at the café were complimentary for interviewees so I got a cranberry scone and some hummus with pretzels. There is not a great variety of options but it was still nice to have a refreshment. CG and a number of other students from the day before came to visit the table and we all chatted a bit. Again, everyone is very, very nice. I finally got the official tour visiting the library, study areas, the outside of the anatomy lab, the OMM room, lecture hall and gym. Overall it was a fun day and it was not very long but the school gave me a great impression. I really love the environment set up by the students of the school.

I stayed warm in the weather there with some Columbia gear.

Protip: wear some thermal underwear under your slacks to keep your bottom half warm.