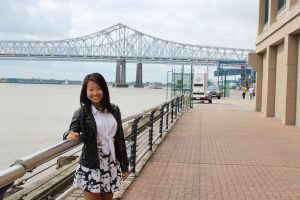 For me this year has been a host of unexpected adventures. From the start of the year I began a new hobby, using a journal and planning my weeks due to the lack of employment after my job had laid me off.  I began my Master’s Program for Public Health to fill the educational void. While I was still volunteering at a number of places and studying for the MCAT, I felt that I needed more from my day to day. I had found another job but their company culture did not mesh well with my ideals and I soon left. Again I felt empty, but I knew it had to have happened for a reason and I began to travel. In April of this year, I visited New Orleans for the first time and I fell in love with the culture and food. It was a magical experience and all of the people, sights and activities were exciting. This is when I was bitten by the bug.

I still had to complete a few tasks at hand before going on my voyages but I set a date to volunteer abroad in late summer. I continued to study for the MCAT until I took it and I began to fill out the medical school applications. This time I hoped I would be ready for all of the secondary applications.

Throughout the summer while I was working on my Master’s degree online and filling out my applications, I was travelling. Immediately following my MCAT I took a trip to San Diego to relax. After that I had family visit me in early June. In mid-July, I went to one of Minnesota’s small towns to celebrate my parent’s wedding and then to my hometown New York City for the same purpose. Following that trip I went to San Diego again for a relaxing week by the beach. While I largely remained in the US, I had planned a trip abroad and I was not going to miss it.

In late August, I set out for Ubud, Bali, Indonesia to volunteer for the health education program. I had no expectations and it was an experience I will never forget. I made a number of friends whom I will remember for life, regardless of whether or not I might see them again. I was able to teach some students about nutrition and other topics for the week I was there. It was a fun and fulfilling experience and I really appreciate IVHQ for the journey. 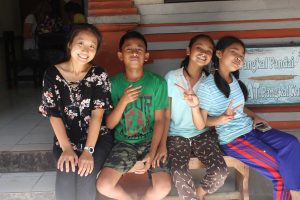 My journey had not ended yet, I continued to trek to Vietnam. I did the medical volunteering program there and it was very different. I was again given the opportunity to meet people from around the world who might have different backgrounds from me. Their perspective on life gave me new insight on how I view the world. I also learned a lot about medicine in Vietnam and the privilege the American people have in terms of resources over these other countries. I loved every moment. 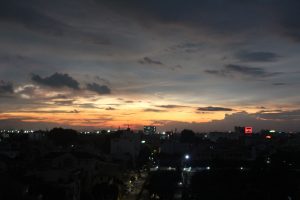 Before ending my journey, I visited China. It would be the first time I visited since 2012 and I was excited to see the change. It was difficult to complete my Master’s classes there due to the internet restrictions but I was able to utilize my father’s influence to find a proper VPN connection. I went to Xi’an and visited the main attractions including the terracotta warriors. After a week and a half, I had a long journey home. 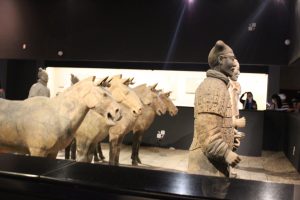 Upon return I had to begin the job search and luckily for me a friend of mine came through and referred me to a position. I was able to spend time with family throughout the fall season before beginning my job. As it is Christmas day while I am writing this, I would really like to thank all the people that I have come across this year and those who have supported me this year. I appreciated all the moments of 2017 despite a rocky start (my car broke down and got broken into on 2 separate occasions) and I hope to have a pleasant 2018 ahead. Merry Christmas everyone!