Arriving to Indiana was an interesting experience. My flight was suppose to land at 9 pm Friday evening for my Saturday interview, but some drama had occurred on my flight. In any case the flight ended up landing at 4 am that morning and I had not showered or gotten ready so I quickly took a Lyft to the airbnb and took a shower immediately. I was able to relax for an hour or so before caught another ride to the campus. Marian University’s College of Osteopathic Medicine or MU-COM has one large building for the school called the Michael A. Evans building about 20 minutes north of the airport and a bit west of downtown Indiana. It was just about to snow on the day that I got there so I got there early to beat the storm.

Daniel Goodpaster, the admissions director was there bright and early and greeted me with a folder and name tag. The Saturday morning interviews have a breakfast which entailed bananas, apples, a variety of pastries, water and juices. There was also coffee but I felt that I was going to have to sleep after the interview so I did not take the generous caffeine offer. I waited around for other interviewees to come and the first one came almost half an hour after I had, probably because I was paranoid that I would fall asleep after a long journey.

Also here is a picture of the swag I received. 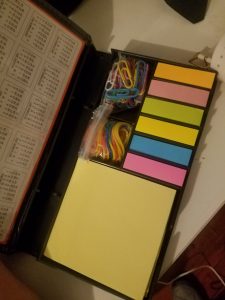 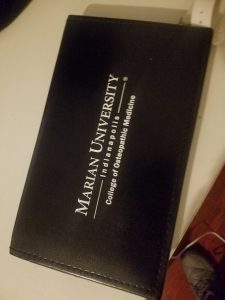 Once all of the interviewees arrived we went to the large lecture hall, where we were greeted by a few MS1s and 1 MS2 student. They answered some of our questions and a short presentation about why Multiple Mini Interviews was given to ensure that it is a great way to assess our competence as physicians. Our group was broken up into 3 separate groups for interviews, Q and A with students and campus tour. I did the student Q and A first and it seemed like the students were happy to be in the school since they seemed to speak about the student-life balance quite a bit. The award-winning Wellness program was emphasized as well as the student government organizations. Research opportunities are available at the school as well.

The interview itself was fine, I was asked a couple of scenario questions which were non-cognitive, so essentially the questions tested to see how you would react to certain things. One of the questions was based on whether or not you would revoke driving privileges from an 80 year old man when the 60 year old daughter said he was not fit to drive. It seems that you make sure you understand both sides of the situation to answer. Those 2 MMI stations were run by current students. There was also a 24 minute session in which you speak with a faculty member in a closed file interview. I felt that I did well and seemed more energetic than others despite my lack of sleep. It was hard to ask faculty questions because the time allotted was so short and all the questions ended up being directed towards the students.

The last group section of the interview day was the tour of the facility conducted by the MS1 students. The anatomy lab was impressive with a 5:1 ratio for student to body and a minimal formaldehyde smell. The bodies were encased in a metal container and had televisions above them. Bodies are all dissected rather than prosected during lab. A unique feature about MU-COM is the interaction with nursing students in the simulation labs. I found that to be an appealing factor about the school. The study lounges and rooms all had conference style desks with white boards and a large television. The building also has a small convenience store. Overall the building was really nice and what I would expect for a newer school. I do really enjoy the artwork laced throughout the halls of the building.

A presentation of the financial aid and school standouts concluded the day. The cost to attend is about $50,000 a year for tuition for 2018 and a total of $75,000 with living costs. One of the major benefits of the school is the fact that 3rd and 4th year rotations are in the city of Indianapolis for the most part so there is no need to move away after two years. They are also willing to pay for housing if the rotation is too far out. It is convenient, however most of the Lyft drivers I spoke to did not like the area. The faculty seems to be very amazing but it is hard to tell when they are not present for the interview day to sell the school. I would be happy with the resources the school seems to offer, an ipad to meet the technical standards and for exams, all access to books through the digital library as well as well known faculty. It does seem that they struggle a little with the OMM department since a few students have noted the state of flux it is in. The match list seems pretty impressive so that is a positive.

I hope you found this post helpful and continue to read my blog! Comment below if you are going to the school or want to go. What do you think about the school?

Affiliated links to airbnb and Lyft are used for the underlined words, help me out if you might use them for travel. If it is your first time here is a referral link for $40 off your first trip. If it is not click here to go see airbnb listings. 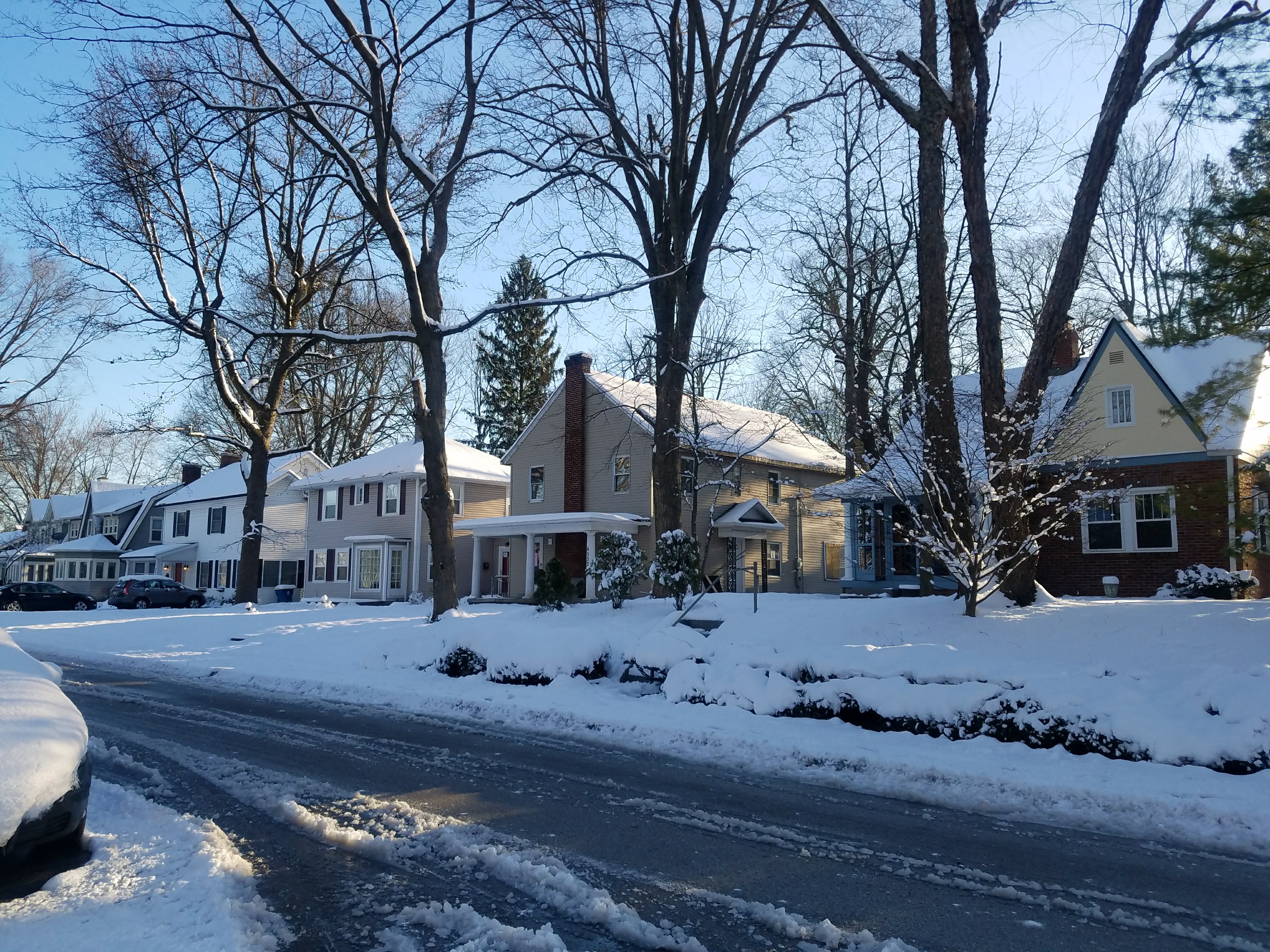 Above is the snow that fell after my interview.